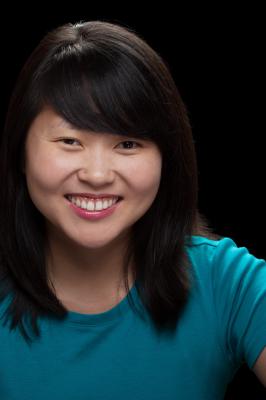 Ginther has coached productions at Aurora Theatre (Berkeley) and Jewel Theatre (Santa Cruz) and provided voice support for the National Youth Theatre’s performance at the Welcoming Ceremonies during the 2012 Olympics in London. In Seoul, Ginther has collaborated with Probationary and Seoul Players, Seoul Shakespeare Company, Seoul City Improv, International Filmmakers of Korea as well as coaching corporate clients. Ginther has performed in New York, Seoul, London, and at the Edinburgh Fringe Festival. In 2012, she performed Memorial with Alice Oswald during the Brighton Festival. She is a Theatre Amoeba Teaching Artist and was featured in their TEDx Cheongju talk. Amy's solo show, Homeful (2017), was performed at the American Adoption Congress Conference as a keynote performance, as well as in San Francisco, NYC, and London.

Ginther is a member of VASTA, ATHE, and is Associate Editor of the Voice and Speech Review. She is a contributor for the adoptee online publication Transracial Eyes, was the GOA’L Spotlight Adoptee (May 2014), and has been featured on the cover of the New York Times Magazine (2015), and in Playbill (2018), and Forbes (2018).  She has an essay in Modern Loss: Candid Conversation About Grief. Beginners Welcome (Harper Wave, 2018), which has gone into its first reprint. Awards and honors include a VASTA Conference Grant for Interdisciplinary Engagement (2015), Hellman Grant (2017), Best of Fringe, SF Fringe Festival (2017), Best Storytelling Show, United Solo Festival, NYC (2018).

She is a Master Teacher of Acting and Singing with Archetypes, and is a certified teacher of Tectonic Theatre Company’s Moment Work devising method.