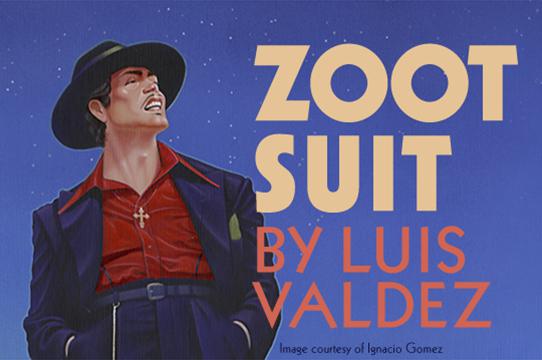 The iconic musical drama “Zoot Suit” tells the ripped-from-the-headlines story of the 1942 Sleepy Lagoon murder and the reaction by the LAPD, which resulted in the arrest, trial, and imprisonment of a group of Mexican-American men without evidence, because they were “Mexican and dangerous.”

This injustice was followed by a wave of incidents of violence against Latinos and other minorities in Los Angeles and cities all over America. Because of the penchant among those attacked for wearing extravagant long cut “zoot” suits, these attacks became known as the Zoot Suit Riots.

“Zoot Suit” was written by Luis Valdez, a key figure in the Chicano Rights Movement. During the Delano Grape Strike in 1965, Valdez formed his fieldworkers’ theater company “El Teatro Campesino” to perform short skits and “actos” from the backs of flatbed trucks and in union halls as a means to entertain and edify striking workers. "Zoot Suit" premiered at the Mark Taper Forum in Los Angeles in 1978 to standing-room-only crowds and ran for a year before becoming the first play on Broadway written by a Chicano author. Valdez generated an acclaimed film version of the play, starring Edward James Olmos and Tyne Daly.

Now, in 2017, Valdez has created a new version of the play which opened in March at the Taper Forum to celebrate the 50th Anniversary of the Center Theatre Group. The revival was held over three times due to demand. UC Santa Cruz will be the first academic theater in the world to produce this new script. The production will be directed by UCSC faculty member and Luis’s son, Kinan Valdez. Listen to Kinan Valdez's May 9 interview on KZSC FM with host Bruce Bratton on "Universal Grapevine."

With its compelling story, vibrant characters, swinging musical score featuring songs by Lalo Guerrero (>listen to it here!), and its insistence upon compassion and justice, “Zoot Suit” thrills audiences while reminding them of the dangers of representation of race in the media – a message that has never been more important nor more relevant. No wonder Los Angeles Times reporter Charles McNulty called the new Taper production “an exhilarating revival that speaks directly to the current political moment.” 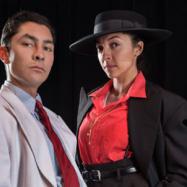 Visit to a Zoot Planet 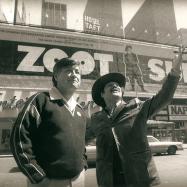 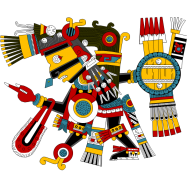 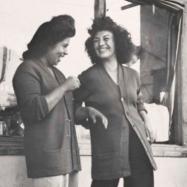 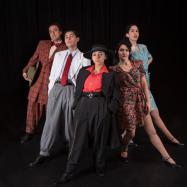