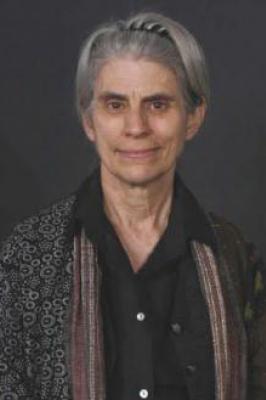 Kathy Foley is a Distinguished Professor Emerita of Theatre Arts at the University of California, Santa Cruz. She has also taught at University of Malaya, University of Hawaii, Yonsei University (Korea), and Chulalongkorn University (Thailand). She is author of the Southeast Asia section of Cambridge Guide to Asian Theatre (Cambridge, UK, 1993) and was editor of Asian Theatre Journal from 2005-2018. She received the 2019 Association for Theatre in Higher Education award for Sustained Excellence in Editing.. Her articles have appeared in TDR, Modern Drama, Asian Theatre Journal, Puppetry International, and other publications, nationally and internationally. Recent chapters in various books. Include “Her Story in Indonesian Dance." In Dance and Narrative, ed. Barbara Sellers-Young and Jade McCrutheon, (Palgrave-McMillan, 2018); “Silencing the Wali" in Marionnettes et pouvoire, ed. Raphaele Fleury et al. (Montpelier, France, 2019). "Environmental Theatre: Selected Asian Models" Routledge Companion to Scenography, ed. Arnold Aronson (Routledge, 2018) and “The Woman Thing: Issues and Advances for Women in Sundanese Performance," in Routledge Guide to Women in Asian Theatre, ed. Arya Madhavan (Routledge, 2017). She wrote or edited over two hundred articles for the World Encyclopedia of Puppetry Arts (WEPA, general editor Karen Smith) published online in English, French and Spanish in 2017 by UNIMA-International.

Foley trained in mask and puppetry in the Sundanese region of Indonesia and was one of the first non-Indonesian invited to perform in the prestigious all Indonesia National Wayang Festival. She performs and directs/choreographs frequently in the US as well as Indonesia and has curated exhibitions of puppets and/or masks of India, Korea, and Southeast Asia the Center for Puppetry Arts in Atlanta, the East-West Center in Honolulu, Northern Illinois Museum of Anthropology in DeKalb, the National Geographic Society in Washington DC, Whitney Humanities Center/Yale University in New Haven, and other in institutions. Her research has been supported by Fulbright, East-West Center, Asian Cultural Council, Soros Foundation, Hewlett-Packard, Foundation, Yale Institute of Sacred Music, World Wood Foundation, National Philanthropic Foundation, and National Endowment for the Humanities, among others. Plays include Farewell to Manzanar (adapted from Jeannie and Jim Houston), Baba (adapted from Belle Yang) and Fox Hunts and Freedom Fighters (with Chan Park). She has served as President of Union International de la Marionnette [UNIMA]-USA sits on the Research Commission and the Publications Commissions of UNIMA-International. She was a founding member of the Association for Asian Performance (AAP) and is head of UCSC ArtsBridge which sends UCSC students to teach arts in local K-12 public schools.