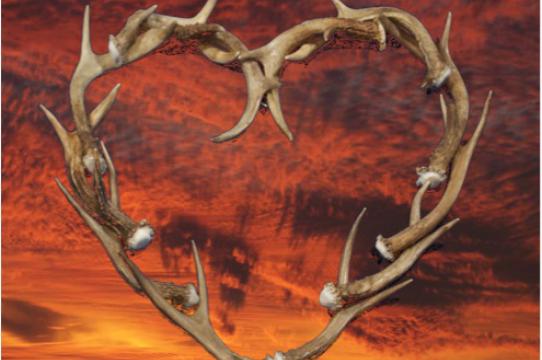 The UCSC Theater Arts Department is honored to bring Luis Valdez’ play Mummified Deer to our Mainstage. Written by Luis Valdez and directed by his son Kinan Valdez, Mummified Deer is a highly personal exploration of family themes and conflict played out in the context of history and social struggle.

Mummified Deer was inspired by a 1984 newspaper article describing an 86-year-old woman in Juarez, Mexico, who was found to be carrying a 60-year-old mummified fetus in her womb. The playwright returned to the article fifteen years later while simultaneously deeply exploring his own family’s Yaqui roots and ancestral history during a sojourn in Sonora, Mexico. Mummified Deer emerges from this blend of family research and travel and the newspaper article and results in a deeply personal play populated with characters fused from grandmothers, aunts and cousins in the Valdez family.

The main action of the play takes place by the side of Mama Chu’s hospital bed, but moves fluidly back and forth in time to the dawn of the Chicano Movement in 1969, through the 1920’s and 30’s, and back to the turn of the last century, the Mexican Revolution and the genocidal war against the Yaquis in Mexico, which forces Mama Chu to cross the border to the U.S.
The various eras of the play are anchored by the constant presence of a Yaqui deer dancer who silently dances, symbolizing the 60-year-old mummified fetus.

About the Playwright and the Director
From the migrant labor fields to Broadway, Luis Valdez remains true to his original vision: performance that addresses the Chicano experience in America in a context meaningful to all Americans. Valdez's credits include, founder & artistic director of the internationally renowned El Teatro Campesino, council member of the National Endowment of the Arts, and founding member of the California Arts Council. His awards include the Presidential Medal of the Arts, the prestigious Aguila Azteca Award, Governors Award of the California Arts Council. Best known works: Zoot Suit, La Bamba, and Corridos, winner of the George Peabody Award. He continues to work and mentor a new generation of theatre artists at El Teatro Campesino Playhouse.

Kinan Valdez was raised in the collective environment of El Teatro Campesino, the nation’s most distinguished Latino theater arts organization. Kinan made his directorial debut in 1994 at El Teatro Campesino, where he co-directed their biannual Christmas production, La Virgen Del Tepeyac. Since that time, his imaginative and creative style has continued to leave an indelible mark on ETC's productions. He is the producing artistic director of ETC. Kinan's film credits include King Lear, I, Priista, the award-winning video short Little Louise, and Ballad of a Solider, an independent feature film adaptation of Luis Valdez' one act drama Soldado Razo.