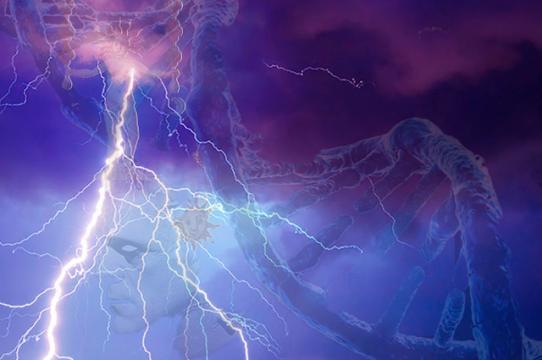 Haunted by the premature passing of her mother, Ph.D. candidate Mary Frankenstein embarks on a quest to conquer death. Fueled by a relentless ambition, Frankenstein immerses herself in the studies of biotechnology and ancient alchemical riddles to bring forth a “monstrous” creation. This newly abandoned Mary The Creation must learn the harsh realities of living in contemporary society while plagued by the memories of the seven dead women who make up her body. All the while, novelist Mary Shelley floats in and out of her tale as the complexities of her own life rage out of control. This media-rich riff on the Frankenstein legend shines a harsh light on nature vs. nurture and our ethical responsibilities to what we create.

FrankenCon
In conjunction with the Theater Arts Department production of The Frankenstein Project, this conference of scientists, theorists, and artists will explore the enduring legacy of the world’s first science-fiction horror story.
• FrankenCon details here.

Talk-back after the Friday, November 22 performance.